The opening of Duinrell Estate

Every day, thousands of people enjoy their time in Holiday and Amusement Park Duinrell. All because of the brilliant idea that Philip Jules Count Van Zuylen van Nijevelt had in early 1935. He decided to open up his own Duinrell Estate to the public.

Good Friday on 19 April, 1935 was a very good Friday indeed. It was the first time that the gates of Duinrell were opened to the public. What was there for visitors to do? Duinrell was “A combination of Dutch, Veluwe and German Natural Beauty”, as the headlines of the newspaper stated the day before. Therefore, visitors mainly came to the estate to enjoy the dunes and the forests. 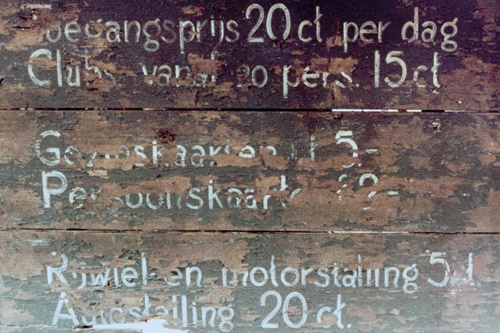 A walk through the Duinrell Estate took you through an oak forest that was centuries old. There were little streams flowing down from the dunes, the so-called “duinrellen”, which is where the name comes from! The higher you climbed, the better you could see where you actually were. The literal peak of a walk around Duinrell was the highest dune in South Holland, 31 meters above sea level. This peak was marked with a stone pillar, where the watchtower is today, and from there you had an amazing view of the sea. After this brisk walk, the visitors could relax in the Orangerie, which was a tea garden in that period. 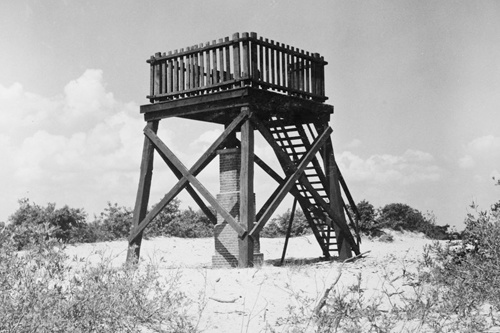 Not long after that, Duinrell became so popular that another restaurant opened. From now on, you could also enjoy a snack and a drink in the Schaapskooi. The big playground across from the restaurant was a fantastic source of fun for the children. It was Duinrell’s first attraction. Even today, children can play there until they drop. Since then, many of the playground equipment has been replaced, but the family swing, for example, is still there. A real piece of history. 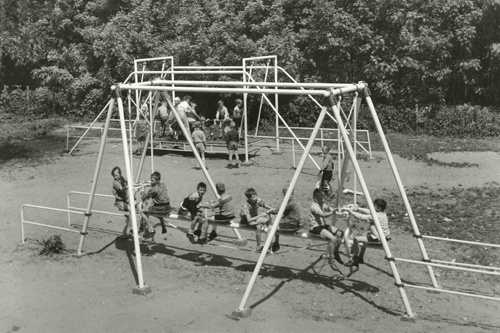 Philip Jules, Count Van Zuylen van Nijevelt’s decision to open the gates of his estate to the public was anything but obvious. Other land owners thought the Count’s decision was outrageous. But the Count had a businesslike attitude and saw a lot of advantages: by allowing everybody to enjoy his estate, he paid fewer taxes AND he could charge an entrance fee. This was the entrance fee for Duinrell at the time: 15 cents per person. Of course, the Count’s decision also brought along some disadvantages for him and his family. The Van Zuylen van Nijevelt family sacrificed a lot of their privacy and the estate had to comply with various regulations. And yet he persevered. We are still very grateful for his decision, because thanks to him, Duinrell became the flourishing family business that puts smiles on people’s faces every single day. And we’re proud of that!

For what ages is Duinrell?