EVERYTHING YOU NEED AT OUR HOLIDAY PARK

Choose for comfort, because everything is available on our holiday park.

For little heroes many mini attractions and for the daredevils tough adventures. Duinrell has attractions for all ages!

The most diverse waterslide paradise with 21 slides for young and old, indoor and outdoor water fun and especially for little water lovers: kids water park Playa.

Questions or do you need anything from us? Our friendly colleagues at the reception are always there for you.

There is a lot for sale in our Duinrell Superstore: fresh rolls, vegetables, fruit, meat, biscuits ... You name it! Our supermarket is located in the middle of the holiday park.

Why drag everything from home when you can easily rent it at Duinrell? From bikes to go-karts and more. 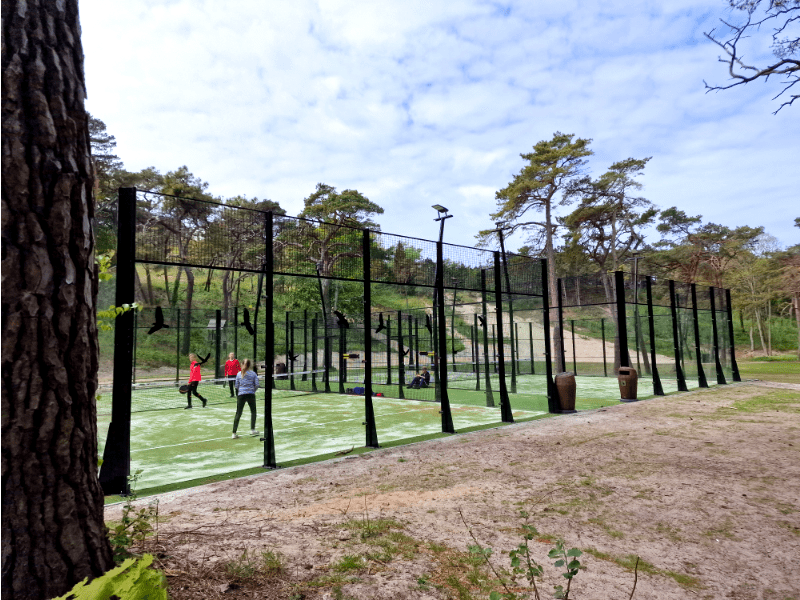 Padel on Duinrell's new padel courts! Padel is a racket– and ball sport. It is mainly played with four players, whereby a ball, which resembles a tennis ball, is played with a racket over a net. It looks like a mix of tennis and squash.

In padel, the ball must be hit over the net into the opponent(s) half of the court without first touching one of the walls.

Good food and drink are of course part of your holiday at Duinrell. Eating pancakes at the Carroussel, dining at La Place or having a drink at the Pub.

Washing, ironing, changing, showering and to the toilet. At Duinrell you'll find several sanitary buildings when you're on a camping holiday.

Our heartwarming entertainment team always knows how to organise something fun for every age.

Fancy a battle? Then you have to choose what you're good at to make sure you're really going to win. Will it be air hockey, pool or an arcade game?

Can you get all the bowling pins in one go with your bowling skills? In our Duinrell Pub you will find the Mini-Bowling with 5 lanes.

Time for a game in the fresh air! What is your favourite sport: football, volleyball or jeu de boules?

It all started at Duinrell with a playground and the same playground is still a great success. Will you come climbing, sliding and swinging?

Of course, a traditional game of table tennis is part of a holiday! Take your table tennis baths with you and defeat your opponent.

Start your morning with a tour of our track in the Duinrell forest. Here you'll find 17 great exercises that last about 1.5 hours in total.

From the Taxi rank at Duinrell you can easily take a taxi to nearby destinations. Ideal if you want to take a trip, or need transport.

Do you need to store luggage temporarily? Then use our lockers at the Taxi rank. The lockers can be rented for € 7.50 per day. All lockers will be emptied at midnight.